the continuing adventures of the lower bar collective

It's been a pretty fun year for the LBC - the last three months have been particularly busy - well, relatively-speaking.

Since performing at the Auckland Fringe festival early in the year, we performed for the first time in Tauranga at Major Toms in August.

Then in September we returned to the Audio Foundation in Auckland... roughly 13 months since our debut performance. Was very nice indeed to have Paul Smith (aka Spool, aka Reverbaphon, aka Peace Myth) perform on the same bill - a Scottish architect who makes "off-kilter, non idiomatic music and experimental film. Within the experimental electronica scene he has toured throughout the UK and played alongside artists such as Kieren Hebden (Four Tet), Robin Rimbaud (Scanner), Christopher Horne (Christ / Boards of Canada), Robin Guthrie (Cocteu Twins), Noah Lennox and Josh Dibb (Animal Collective), James Leyland Kirby (VVM) and collaborated with Matt Wand (Stockhausen and Walkman) at the Edinburgh fringe festival."

This month (October) we are scheduled to play in Tauranga again, at Zeus Gallery (kind of coincidentally on the opening night of the Tauranga Arts Festival - we're unofficial). As usual I'll be supplying the imagery for the video projection and controlling that for the performance.

Also this month, we have done a 'Sonic Postcard' for a project running on Audio Foundation's radio station. The Sonic Postcard features a live recording of the Major Toms performance, plus sounds recorded on the Mount beach and a poem I wrote for the purpose. Our postcard will air this Saturday (October 5) here.

Below are images from our Major Toms performance (top two) and the Audio Foundation (bottom). 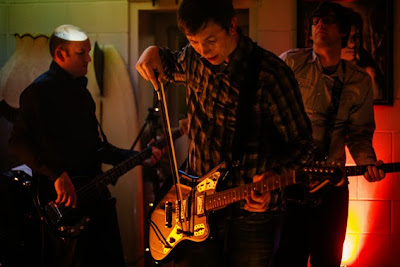 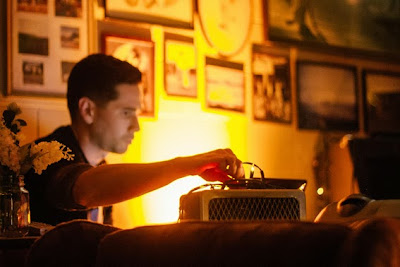 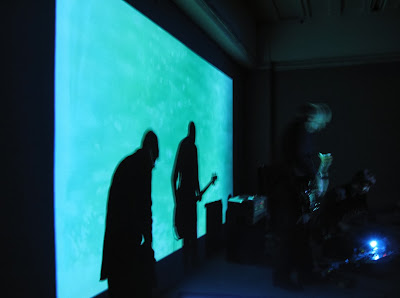 Posted by andrew killick at 7:16 pm